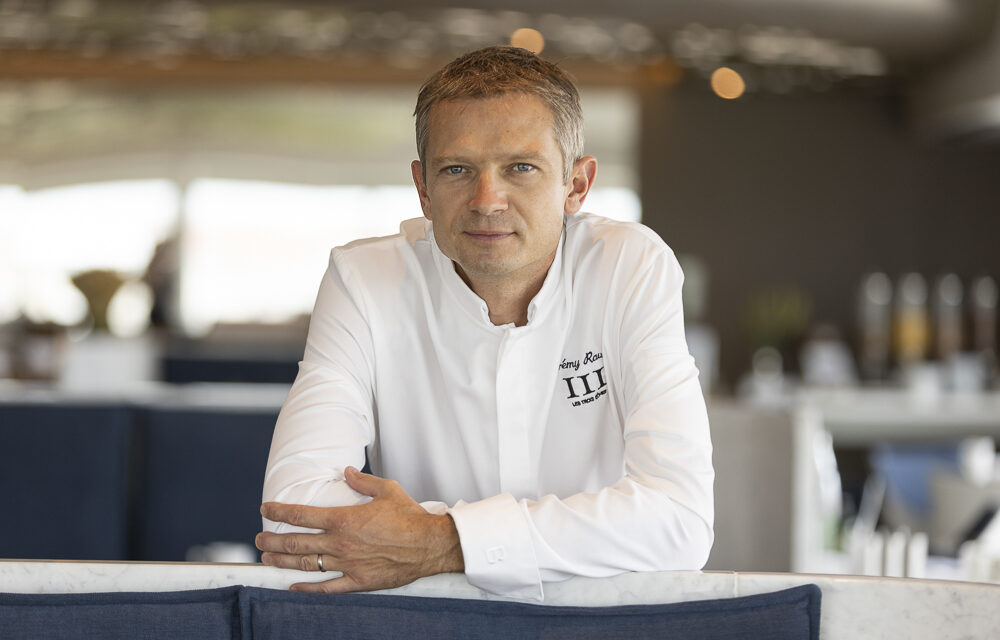 Located in the heart of Lyon, the restaurant Les 3 Dômes is the ambassador of this beautiful traditional cuisine. At the head of the restaurant, Chef Jeremy Ravier. In love with gastronomy since his childhood, the Chef starts his apprenticeship with his grandmothers’ dishes. He then went on to have an impressive career in luxurious hotels. Since then, Chef Ravier has taken over the reins of the 3 Domes and continues to amaze his customers, all with a breathtaking view of the Rhone. Today, he offers us his recipe for oven-roasted celeriac! 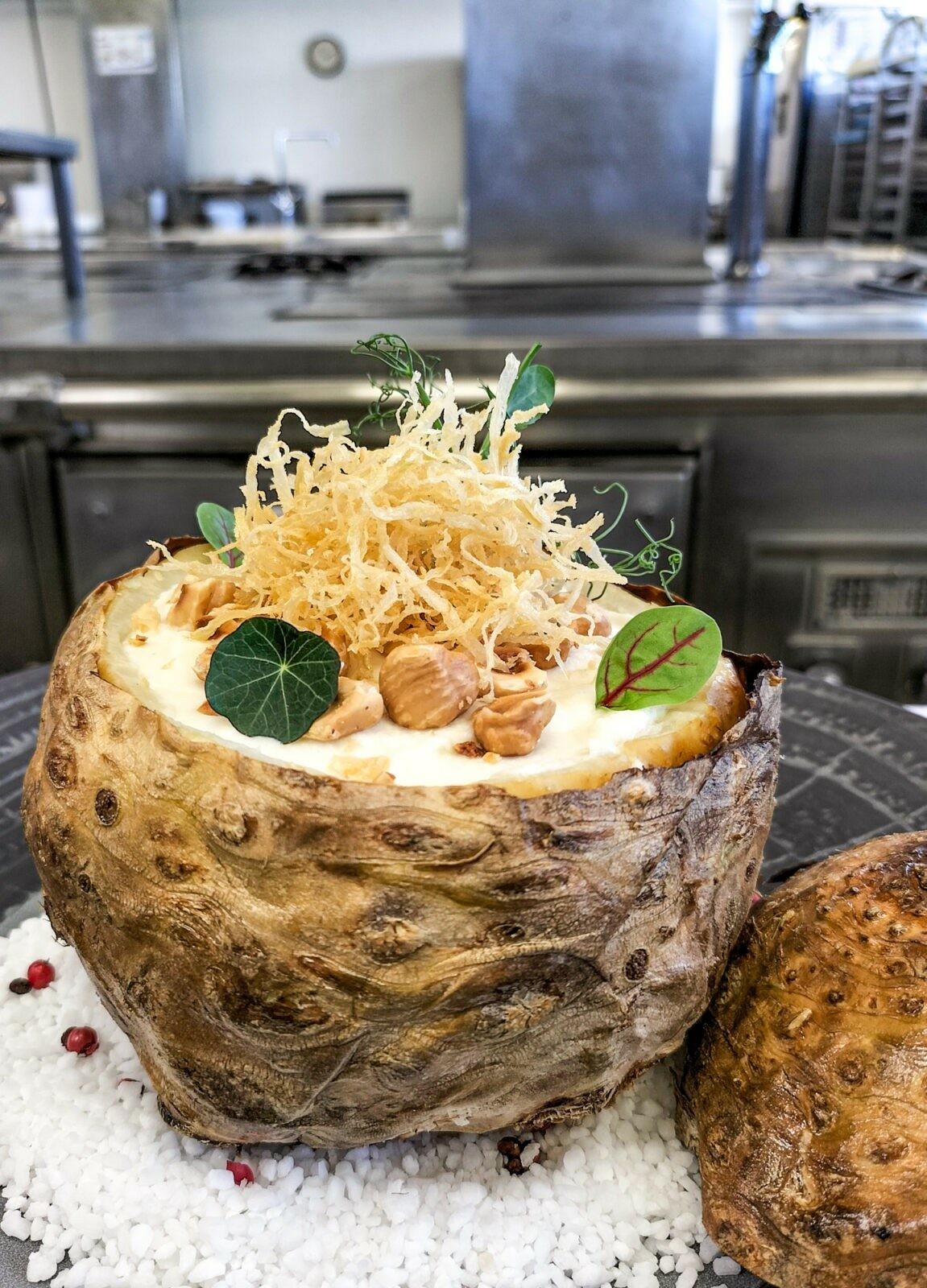 A look back at Chef Jeremy Ravier’s breathtaking career

Chef Ravier’s first job was at the Mont Brouilly restaurant, where he stayed until 2003 and obtained his CAP (vocational training certificate) in cooking the same year from the Lycée François Rabelais. He continued his career by becoming a commis de cuisine in the Michelin starred restaurant, the Relais Gourmand under the benevolent supervision of Chef Pierre Orsi. There, he cultivated a taste for the rigor of work well done.

After 4 years at the Relais Gourmand, he took flight and became the Chef de partie at the 3-star Radisson Blu Lyon hotel. His respect for the recipes and dishes prepared in this establishment is solidified. Constantly evolving, he is promoted to Sous-Chef in 2008 and Executive Chef in 2012.

In 2014, he left the Radisson Blu for the Michelin starred restaurant, the 3 Domes. Chef Jeremy returned as Sous-Chef before becoming the Executive Chef. An abracadabra career that puts stars in our eyes!

And when the Chef is not in the kitchen, he continues to test himself and push his limits. Fond of challenges, Ravier participates in numerous competitions. He is Vice World Champion of Pâté en Croûte 2014, obtains the 3rd place of the Trophée Masse 2008 and the 4th place of the Prix Taittinger in 2009. The Chef is also participating in the competition of One of the Best Workers of France in 2018.

Jeremy Ravier is deeply attached to the city of two hills and its rich terroir. This enthusiasm for Lyon’s cuisine is reflected in his dishes and in his way of being! The 3 Domes restaurant shares this vision with the Chef and it shows: very good relationships with local producers, traditional dishes reinvented by the Chef and seasonal products.

Chef Ravier’s cuisine is intensely gourmet, creative, generous and convivial. What the Chef likes above all is to transform quality products, to sublimate them and to bring out all their flavors in order to highlight them. If Jeremy Ravier wasn’t a chef, he would have liked to become a landscaper. Instead of sculpting dishes, he would have sculpted panoramas.

The Chef finds his inspiration in the world around him: nature, travel and new encounters. 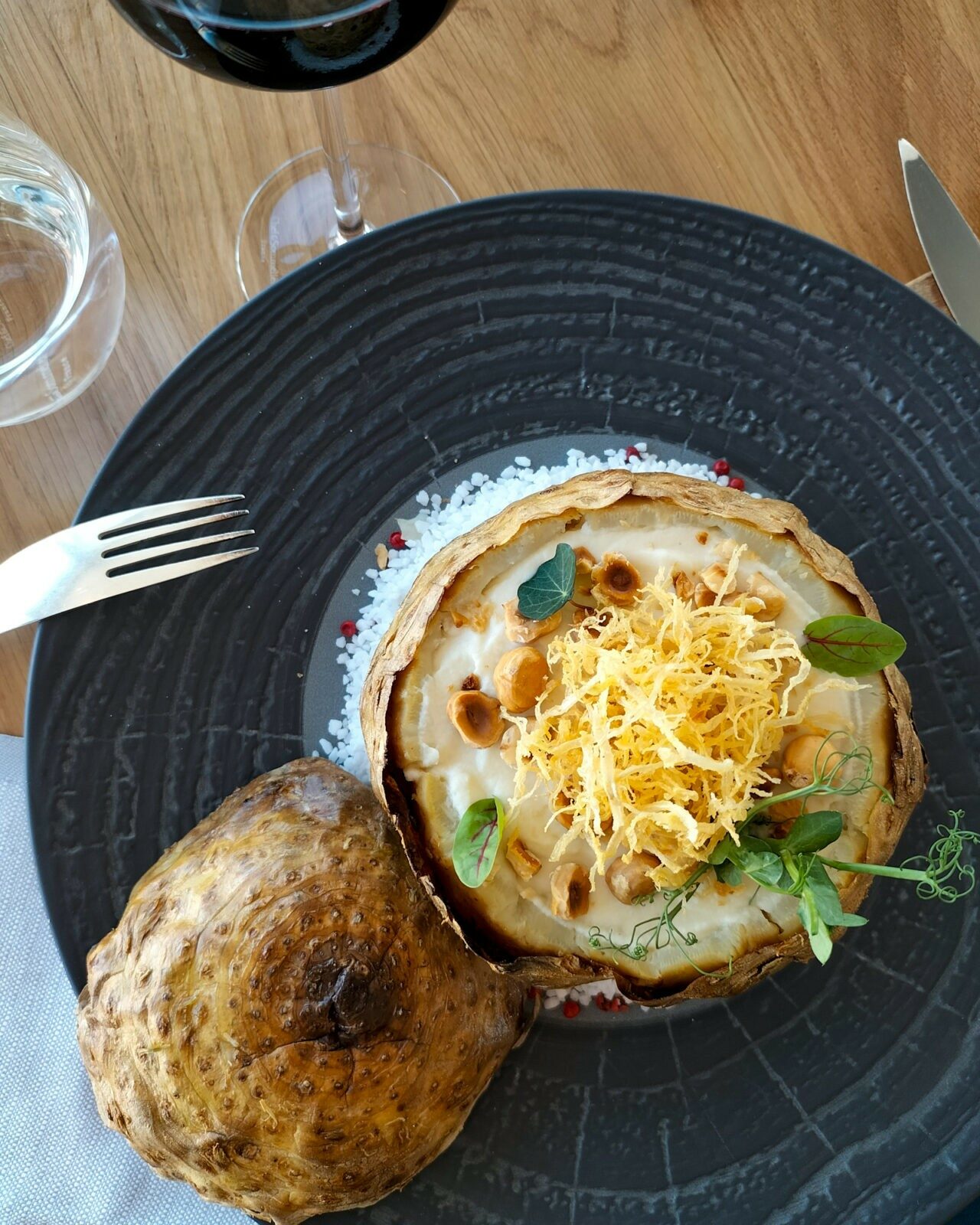 Steps:
Wash and brush the celery well.
Cook them in the oven at 180° over coarse salt for about 1 hour and a half.
Once cooked, empty the inside of the celery and set aside.
Mix the pulp with the hazelnut oil.
Season with a little celery salt and ground pepper.
Fill the celery shells with the puree.
Cut some of the celery into julienne strips and fry them.
Sprinkle the stuffed celery with the roasted hazelnut puree and the fried celery julienne.
Arrange according to your imagination.

Enjoy your meal! And if you are lucky enough to pass through this beautiful city, take advantage of the 3 Domes restaurant and their incredible menu. 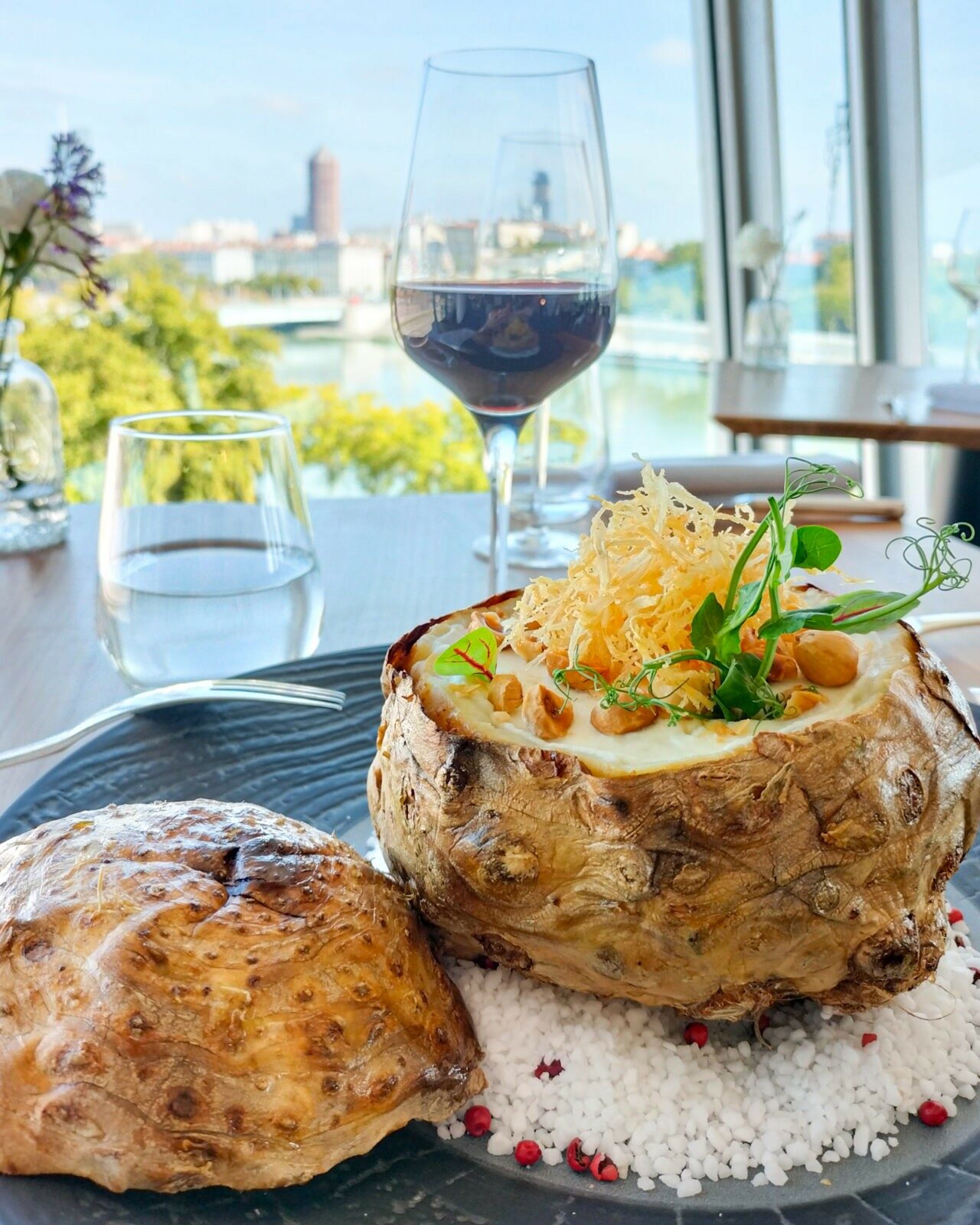 See the article on THE ALAIN DUCASSE COOKING SCHOOL: AN EDUCATIONAL AND EVIRONMENTAL CUISINE! 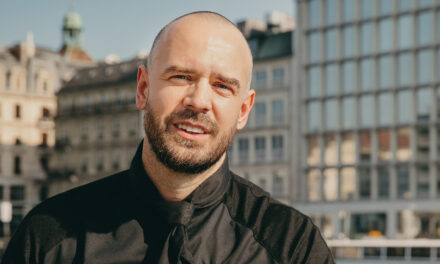 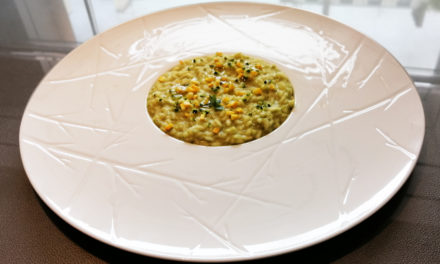 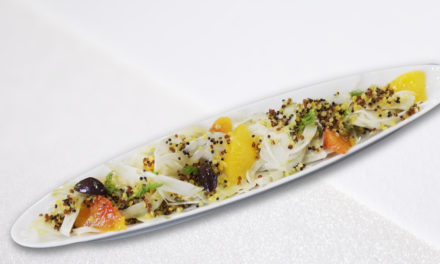 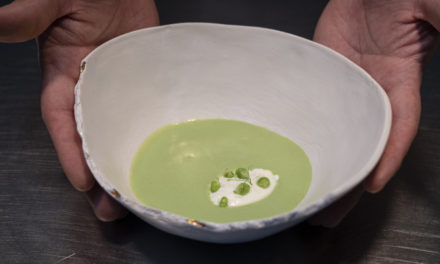